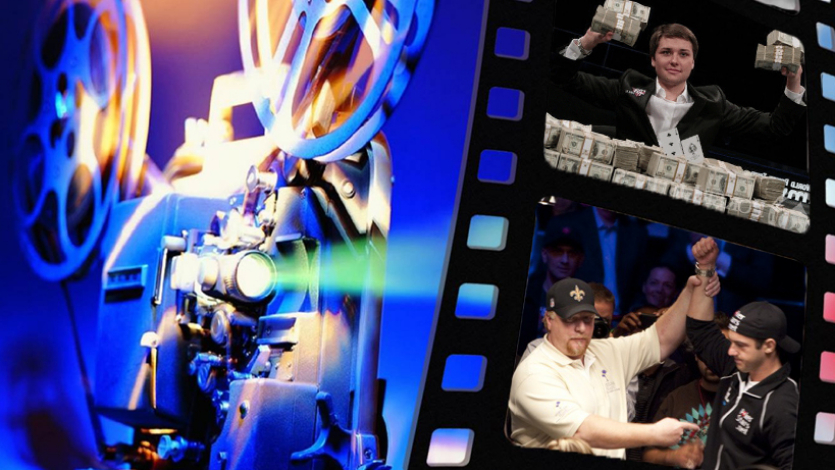 2009 figures in the annals of poker as the year of records, the triumph of non-American players and the beginning of serious problems for Russian gambling establishments. In this retrospective, we have collected for you the most interesting moments of that year – let’s go over the history of our favorite game together.

The 2009 WSOP gave the poker community an amazing story about Darvin Moon. The 46-year-old lumberjack, who lives with his wife in a trailer, not only made it into the ITM of the WSOP Main Event, but also became a runner-up, losing in heads-up to the youngest ME champion at the time – 21-year-old Joseph “Joe” Cada (Joseph “Joe” Cada).

The second place brought the man $ 5M and worldwide fame – he almost became the second Moneymaker.

Interestingly, Darwin got into the Main Event via an offline satellite for $ 130, and only on the third try. At the same time, Moon did not want to play the Main Event – at that time he had problems with money and the prospect of spending money on a trip to Las Vegas for the sake of one tournament seemed unattractive to the lumberjack. In the end, he decided to go to the event – not to play, but to sell the package he won. Luckily for him, the atmosphere at the Rio casino was so inviting that Darwin decided to gamble.

Moon spent the money he won in the tournament to buy a farm and help his family. He played poker from time to time, having received by 2020 – excluding the ME prize – about $ 30K.

He became the first player in poker history to win three mixed game bracelets in one year.

The WSOP management appreciated his success in 2009 and presented him with the Player of the Year award. High praise for his performance motivated the Australian poker community and Jeff was inducted into the Australian Poker Hall of Fame the same year.

Until the end of 2019, Jeff actively played offline, regularly hitting the prizes. In early 2021, TheHendonMob reported that he received $ 5,709,067 in prize money. Since the onset of the pandemic and the cancellation of the live series, his employment remains a secret.

In 2009, PokerStars launched a special Russian series, which took place in four stages, three in the same year – St. Petersburg, Moscow, Sharm El Sheikh and the last in the first half of 2010 – Kiev.

The winner of the Main Event in Moscow, with a buy-in of just over $ 3K and a prize pool of over $ 1M, was Russian live regular Vitaly Lunkin. First place earned him $ 436,389.

It is noteworthy that in the same year Lunkin flashed at the WSOP, where he received:

For his success in 2009, Lunkin was awarded the European Poker Awards “Player of the Year”.

In 2021, Lunkin turned 50 – all these years he has not stopped playing poker, showing good results. By the end of 2020, the prize money he received exceeded $ 6.4M – he entered the TOP-10 in Russia in terms of the number of prize money for his career.

From an interview that Vitaly gave at EPT Sochi in October 2020, it is known that he is engaged in glamping in the Tula region – the organization of campgrounds with all the amenities.

Kiev was added to the EPT schedule in 2009 – it hosted eight tournaments with a total prize pool of more than $ 3M.

The Main Event winner was Maxim Lykov, who received a payout of $ 468,504 and made poker history as the first Russian EPT champion.

2009 for Lykov was almost as successful as for Lunkin. And although Maxim did not win a WSOP bracelet, he managed to hook a couple of times for five-figure prize money:

Interestingly, prior to poker, Lykov was a cyber athlete, specializing in Quake III. He got acquainted with poker back in 2005, but began to get into the prizes of the live series only in 2009, being a member of the poker team Jocker Team.

From 2010 to 2014 Maxim Lykov was a member of the PokerStars Team Pro. From 2009 to 2020 inclusive, he received almost $ 4M in prize money in live tournaments. He also continues to play successfully online – the community knows him under the nicknames “Decay”, “$ uperdecay” and “KaKeTKa”. On public sites, you can find out that he has at least $ 2M in prize money in his piggy bank.

# 5 Poker is no longer a sport in Russia

2009, which was successful for many Russian players, was at the same time the year of the collapse of poker hopes. In July, then-Minister of Sports Vitaly Mutko annulled the order of the Federal Agency for Physical Culture and Sports “On the recognition of a new sport” sports poker “, which was adopted in 2007.

After that, poker was excluded from the All-Russian Register of Sports and lost its status as an officially recognized sport in the country.

This decision automatically equated poker with gambling, which made it prohibited for organization on the territory of Russia, with the exception of specially designated gambling zones.

By that time, more than 70 poker clubs were operating in the cities of the country, which was controlled by the all-Russian public organization, the Russian Federation of Sports Poker.

Mutko’s actions were a reaction to the appeal of Russian Prime Minister Vladimir Putin to the government, in which he actually called the transfer of poker into the category of a sport an attempt to “camouflage the gambling business under various external, unrelated types of activities, for example, all kinds of clubs, games poker “.

From that moment on, a wave of departures of Russian offline regulars began to a more friendly environment in Ukraine, Belarus, the USA, Cyprus and European countries.

Has poker returned to sport status by 2021?

No – no one is officially prohibited from playing poker, but for organizing the game outside specially designated zones, the state seriously punishes with fines and even prison terms.

In September 2009, an unknown Swedish player named “isildur1” made a bomb on Full Tilt Poker. He was attracted by the media, who found out that he started playing online poker in 2008 with a $ 2K bankroll and came to FTP when he increased it to $ 1.4M. He quickly climbed the limits and already in November of the same year not only met poker stars Tom Dwan, Phil Ivey, Patrik Antonius and others at NL100K, but also started taking stack after stack from them. By November 15, 2009, the amount of “isildur1” winnings was already $ 5.98M – such a result has not been shown in the cash before by any player.

Until December 2010, when “isildur1” became a partner of PokerStars, his identity remained a secret to the world. It wasn’t until a year after his shot in high stakes cash that the poker community learned that the nickname was owned by a 19-year-old Swede named Viktor Blom.

In 2021, Viktor turned 31 – by the standards of modern poker he is a legend, but he does not plan to retire yet and remains an active player both online and offline.

The game was played online, with detailed recreations of the conditions of last year’s heads-up. Only two changes were made to the structure – thinking time was given according to the PokerStars rules and the levels were reduced to 30 minutes.

The winner was to receive a token $ 10K to donate to an organization pre-selected by the player as a charitable contribution.

During the game, Demidov often dropped out due to connection problems, and Eastgate remained the chip leader almost all the time. However, in recent 10 minutes Ivan managed to seize the initiative and eventually won the heads-up. He sent the prize money to the Vera hospice fund.

In mid-2009, Full Tilt Poker held a 50K tournament, setting a record … for a few hours, after which he was beaten by Stars, who had already collected 65K in one tournament. A whopping number of people for an online event in 2009, but not the largest. In December of the same year, PokerStars surpassed itself and entered the Guinness Book of Records for the largest online tournament in poker history. There were 149,196 entries to the $ 1 buy-in event with a $ 300K guarantee!

The winner of the record tournament and the owner of the $ 50K payout was a player under the nickname “oskar69”, whose identity remained unknown.

Did PokerStars beat its own record?

Young, but already made a splash, American with Ukrainian roots Yevhen “JovialGent” Tymoshenko in 2009 secured the third victory in his career – and not in some local tournament, but in the Championship Event at the Seventh Annual Five Star World Poker Classic.

At the final table with him were Americans Scotty Nguyen, Shannon Shore and Christian Harder, Frenchman Bertrand “ElkY” Grospellier and Israeli Ran Azor.

Tymoshenko managed to beat his more experienced opponents and take the championship title along with a prize payment of $ 2,149,960.

Although Eugene disappeared from the media radar for a long time, thanks to TheHendonMob, we know that he continued to play offline until the end of 2019 – his prize money is $ 7,769,407. He remains # 2 in Ukraine in terms of career prize money and still lives in the United States.

The well-known poker player Antanas “Tony G” Guoga in 2009 decided to once again invest in the business – this time, in his own company for organizing and conducting gambling.

Despite the name – TonyBet – the organization was engaged not only in accepting sports bets, but also in lotteries, casinos and poker

In 2016, the Swedish company Betsson AB bought out almost the entire company from Tony G, who had lost interest in business and went into politics, leaving him only the independent poker room Tonybet Poker.

The room specialized in Chinese poker and its variants and worked until mid-2020, after which it officially closed.