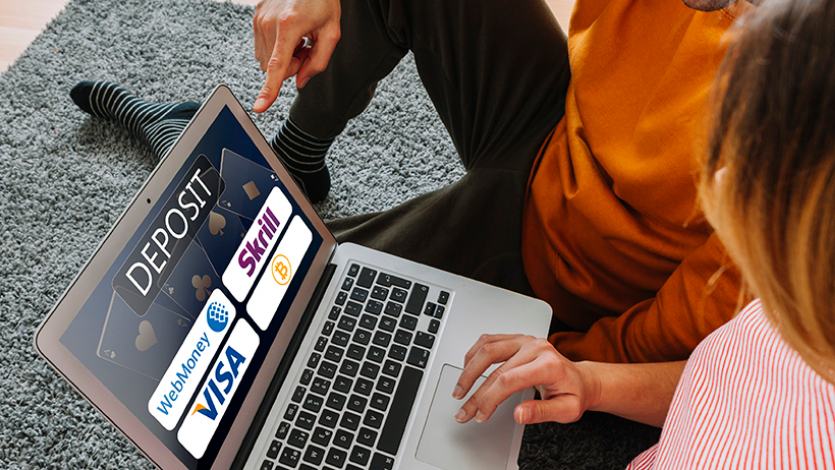 The last three months have not been the best for poker players in Russia. First, before the New Year, QIWI and Yandex.Money received a ban on transactions of individuals to foreign companies, and then Skrill and NETELLER began to malfunction. And now poker players want to know – how can you make deposits and cashouts in poker rooms in this situation? You will find the answer to this question in our article.

Below is an overview of the availability of various deposit and cashout methods at the most popular poker rooms.

* Only in national currency.

** For more information on converting cryptocurrencies into rubles, dollars, euros and other national currencies, see the article on P2P transactions on Binance.

From 888poker and BestPoker rooms, cash out in the Russian Federation is possible only to a bank account.

GGPOKEROK, in addition to the above methods, has the ability to deposit money on vouchers through the Royal Pay service. The procedure is quite simple – the user buys a voucher on the website for a certain amount, and then “deposits” the voucher into the account in the room.

Replacing QIWI and Yandex.Money in rooms

Since for six months QIWI and YooMoney cannot allow individuals to make transfers to foreign companies, which include poker rooms, some rooms began to accept payments through new payment systems. These include Pokerdom, which was chosen by Piastrix, and RedStar Poker, where Monetix Wallet is available.

Pokerdom uses the Piastrix electronic wallet for its own purposes. Registration in it is carried out in a couple of clicks – this is the simplest part of the work, but then comes the more difficult part – verification. Without passing it, users have restrictions on working with the wallet:

Verification requires sending Piastrix photos of the first three spreads of your passport and your photo with it in hand. A serious pitfall is hiding here – the photo will be accepted for verification only if it is clear, without glare, with readable information on the document. At the same time, technical support examines the data sent for verification for several days, so if the quality of the photo is inappropriate, the confirmation process can take about a week.

But after that, a complete list of systems for replenishment and withdrawal of funds becomes available. It includes:

Although at first glance, Piastrix looks simple and harmless, you can find many negative reviews about him on the Internet. In particular, users complain about the loss of money – the most common scenario is this: the person initiated the withdrawal of funds -> the money was debited from the wallet -> they never reached the end point. Plus, technical support works very poorly when it comes to some problems – it is impossible to contact them either by phone or by mail.

RedStar allows you to use the wallet only for withdrawing money. Registration in Monetics is carried out by phone number and entering a password literally in one click, but when filling in personal data, not only the series and passport number, but also the TIN are required.

The deposit limits at Monetix are as follows:

For withdrawal, the limits are less:

There are no relevant reviews for this wallet on the Internet – primarily because it is used by a small number of bookmakers and poker rooms.

WebMoney transactions – how secure is it?

The WebMoney payment service remains available for poker players in most rooms and, at the same time, easily withdraws funds in the most popular directions – however, all with a commission:

The main feature of WebMoney is that according to the documents, the service is not an electronic payment system, since money is stored on it not in national currencies, but in title units. It means that:

In addition, WebMoney makes it possible to make multi-currency transfers by simply creating for yourself a wallet for each currency within one account. Each wallet receives a letter marking and different organizations are responsible for operations on them depending on the currency.

For example, the KKB bank acts as the guarantor of transactions on the WMP ruble wallet, BMR LLC for the ruble WMR, and Amstar Holdings Limited, a Hong Kong company, for the dollar WMZ.

In general, the system looks convenient and safe, but it has several serious drawbacks.

The first is the commission for replenishing the wallet. They range from 1% to 8.6%, you do not need to pay them only when making a deposit:

The second – cases of blocking users without explaining the reasons. The Internet is full of angry stories about how WebMoney blocked people unilaterally, citing a violation of the rules, despite the fact that which rules were violated and why they could not withdraw their funds, people were not told. Due to the fact that the use of title units excludes WebMoney from the list of organizations controlled by the banking legislation of the Russian Federation, in the case of account blocking with money retention, users simply have nowhere to complain.

The third is an inconvenient certification system. To be able to carry out transactions of large amounts, WebMoney requires your account to be certified. There are three certificates, to obtain them you need to provide the company with your documents, meet with its representatives and even undergo video certification.

The fourth is deep integration with Sberbank. Although formally WebMoney and Sberbank have purely business relations, the introduction of the payment system in Sberbank means that all procedures carried out in the payment system can potentially be recorded by the main bank of Russia. For poker players who respect and prefer anonymity, this is definitely not a comfortable situation.

Problems with Skrill and NETELLER

While Skrill and NETELLER remain one of the most used payment systems among poker players, 2021 kicked off badly for both systems in Russia.

If at the beginning of January it was possible to withdraw money from them to almost any bank in the Russian Federation without problems, then from the middle of the month the most popular banks – Tinkoff and Sberbank – began to reject or severely delay transactions with Skrill and NETELLER. At the same time, for Russian-speaking users, the situation is complicated by the crooked transfer of refusal – in the screenshot below you can see a notification from Skrill that the transaction was declined by the “mobile operator” – although it was carried out to the account of Tinkoff bank.

Now, in order to find out which bank transactions go through without problems, you need to request information from the support service – and it not only responds for a very long time, but it may well bring you the sad news that there is no suitable bank in your city.

Also, do not forget about one of the main reasons poker players are looking for a replacement for them: the growing commissions that users have to pay for literally every action. You can read more about them on the Skrill and NETELLER review pages.

Add to this the need to report to the tax authorities for transactions on an e-wallet if they exceed ₽600K per year – it becomes obvious that Skrill and NETELLER are no longer as convenient for profitable regulars as they were several years ago.

Nevertheless, both systems still work with most poker rooms and most often allow transactions to be made in both directions fairly quickly.

So which payment system should you choose?

There is no universal answer to this question – when choosing a system, you need to rely on the following individual parameters:

Remember that no one can ensure the safety of your money better than yourself – choose a payment system carefully!