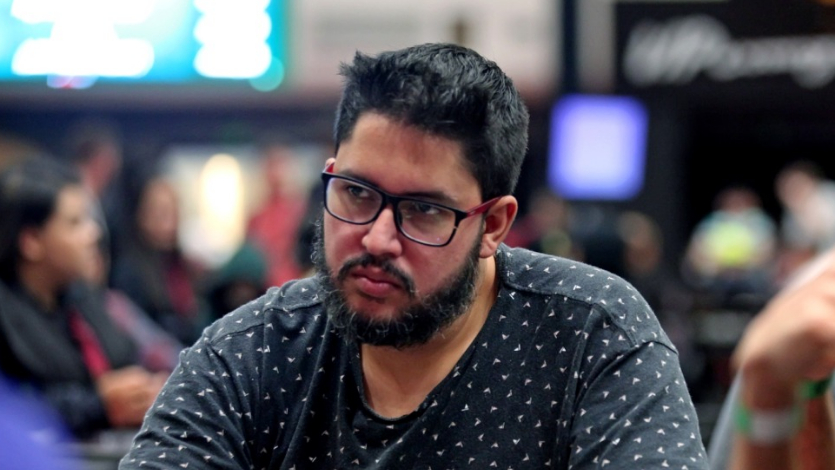 On the evening of January 19, the Blowout Series Main Event on PokerStars came to an end. The biggest prize went to a regular from Brazil named fviana.

Fernando «fviana» Viana (Fernando Viana) was the only “star” participant in the final of the event $1050 Blowout Series [The Big Blowout!] and was rightfully considered the favorite to win. The tournament confidently broke the $ 5,000,000 guarantee and the battle was for the first prize of $ 983K.

The tournament was broadcast live on Twitch-канале PokerStars… More information about each of the 9-max participants can be found in a separate article, but for now we will limit ourselves to a chip account at the beginning of the game:

Gordon_dReidbeing a short stack, he was eliminated 5 minutes after the start. He was unlucky – he was exposed preflop with aces against the chip leader and he was run over.

Eliminated in 8th place after 10 minutes xMFPx… He lost two all-ins against Fernando Vian. First, a large exposure KK> AK, then the rest of the stack AK> AJ.

7th place took adkafwho fought for tournament life for an hour. Unfortunately for him, he didn’t manage to get a big all-in with queens against the Lithuanian AK.

The next in line was the Brazilian under the nickname Mr. Havener… The player qualified for the $ 1050 tournament via a freeroll satellite, so it should come as no surprise that he was check-fold at the final table. This allowed him to reach 6th place and, for sure, the biggest prize in his life.

Vlad “dariepoker” Darie showed excellent play in short stacks – he dropped to 10bb several times, rose to 25bb and back. In the last hand SBvsBB he shoved 7 blinds preflop with Q

… This time it was not possible to get out.

milanov888 took off in 3rd place, becoming another victim of Viana. 3

After the departure of the Bulgarian, the tournament was suspended to discuss the ICM deal. At that time, the stacks were as follows:

It took just a couple of minutes to agree on the details, after which the game continued for $ 50K for the winner. The action went uphill – Lonnie “thx4urm0n3y” Hallett, who at the beginning of the final had almost the shortest stack, received a solid payout and wrote in the chat: “Beer time already” (Time to open the beer.)

The three-max lasted almost an hour, during which Lonnie managed to intercept the chip lead once and drain it literally for the hand. He barreled three streets in a 3-bet pot, and his opponent got a flush on the river.

After this pot (the largest in the tournament), the game was over in 5 minutes. In the last hand arbaarba, having a huge chip advantage, 4-bet all-in with 7

Despite the fact that even with the $ 50K bonus, the Lithuanian arbaarba received less than fviana – he is unlikely to be upset because he qualified for the tournament via a $ 109 satellite and thus showed an incredible ROI.

Payout to finalists $ 1050 The Big Blowout

Thus, despite the fact that the first prize was taken by the Brazilian Viana, the winner is still the Lithuanian arbaarba. At least PokerStars cites his name as the winner.

Fernando “fviana” Viana has played over 74,000 tournaments at PokerStars with ABI 55. Until recently, his record was not great, but his career took off in August 2020 – he won the $ 5,200 Stadium Series for $ 721K and is now improving his past result.