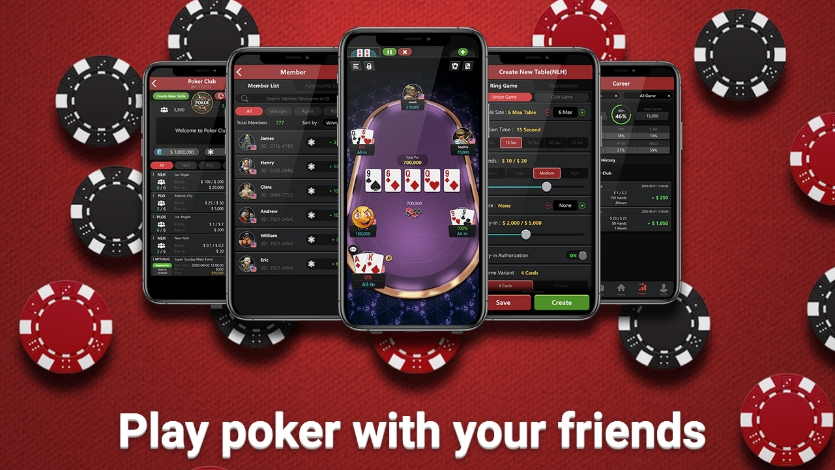 Until recently, GGPOKEROK remained the only major poker room where it was not possible to play home games (private games). Recently, everything has changed – the poker room has developed the ClubGG club application for private poker games.

ClubGG works as a standalone mobile application, and to play poker through it, you need to create a separate account (your GGPOKEROK account has nothing to do with it). Here you can organize private cash games and tournaments. At the time of publication, games are available: NLHE and PLO, in the future they will add OFC and 6+ Holdem.

The application is currently running in beta mode, which means that its capabilities are being tested, and many functions are not yet available. For example, at the moment the ClubGG interface is translated into English and Spanish. But now, if you want, you can use the application. I created an account using the same mail that I use on GGPOKEROK – there were no problems.

The ClubGG app is played with virtual currency “Diamonds”, which can be purchased at your local store. She can settle accounts with the organizers of the clubs.

How to create a club in ClubGG

The functionality of the application is straightforward and understandable. Any player, even a newly registered one, can create a club that will have a unique ID (you can use it to invite other players). To do this, click on “Create Club” on the main screen. There you will be asked to choose the name and image of the club (you can upload your own image).

Further, as usual in club applications, you can create separate tables with a cash game or tournaments. Let me remind you that now only NLHE and PLO are available.

We will pay special attention to the minimum VPIP tab (an indicator of how often a player voluntarily invests money in the bank – in other words, how often he fights for the bank). When creating a cash table, the administrator has the opportunity to set the minimum VPIP that players must maintain over a short distance. For example, you can ask VPIP participants 40% in the interval of 50 hands – it turns out that everyone should play at least 20 hands, otherwise he will be excluded from the table.

In the ClubGG application, as well as on GGPOKEROK, it is possible to monitor your game statistics. Go to the “Career” tab. There you will find:

* Hand history is also available, but in the Profile tab.

ClubGG is available on all Android and iOS devices in most countries, including the US. CIS players can also find it in app stores – search for “ClubGG Poker”.

That’s all there is to know about the new ClubGG mobile app for today. Maybe someone has already tried to play there? Write about your impressions in the comments or in the chat of the Pokeroff players in Telegrams.