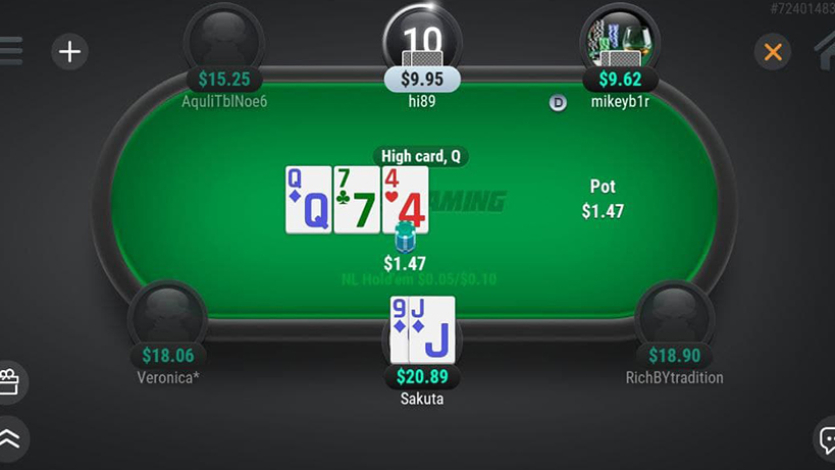 TigerGaming updated the mobile version of the client: Android users can access .apk from the official site. We have started a new application on the phone and are ready to tell you why it is one of the best mobile clients.

TigerGaming on Android and iOS: how it was and how it became

Now two versions are available for playing on mobile devices:

Previously, both the web version and the mobile application of TigerGaming were like two peas in a pod. Both versions did not differ from each other externally and in terms of the dynamics of the game. The updated software of TigerGaming easily claims to be the best mobile poker application.

As a theater begins with a coat rack, any room begins with a lobby. There are five tabs on the main screen of the application: Windfalls, Boost, MTT, Holdem, Omaha. By choosing one of the tabs on this screen, the user is taken to a screen with a quick selection of the game. Scrolling down the screen below will open the familiar all discipline lobby with tabs, filtering and organizing – just like in the full client. Like one of the most intuitive lobbies.

Several tabs are available in the drop-down list on the right side of the screen:

The lobby is drawn beautifully, intuitively, it works smoothly, no unnecessary buttons, banners and tabs (such as “slots”, as it is in the similar software of other rooms). We like it and go to the review of the game dynamics.

Review of TigerGaming tables and gaming dynamics for Android

The tables are made with the same high quality and thoughtfulness as the entire lobby.

Our experience of playing at TigerGaming on Android

We played at the NLHE and PLO8 tables for about an hour. And during this time, not a single lag, freeze, disconnect or any other bug was caught. The client works very quickly, the animation is smooth, the timers are accurate. It’s a pleasure to play (especially with opponents like TG).

By the way, TigerGaming uses software developed by Connective Games. The software from this company is also used by Pokerdom and PokerMatch.

Have you tested the new TigerGaming mobile app on Android? How do you like it? Share your opinion in the comments.