Russian Poker Tour 2021 in Minsk – news from the fields 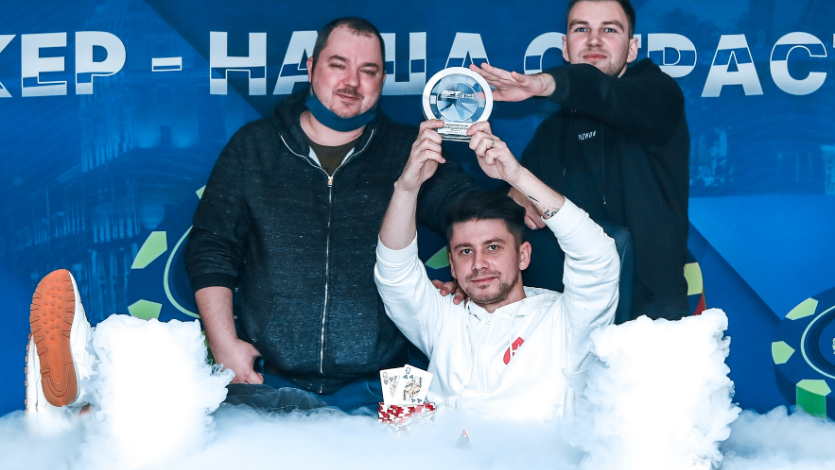 At the moment, a live series of Russian Poker Tour poker tournaments is taking place in Minsk. How are things going there? Is there offline poker outside of Sochi? Pokeroff will tell you.

The coronavirus has also touched RPT

The entire 2020 has actually passed by one of the oldest and most recognizable tournament brands in the post-Soviet space. What to do – the coronavirus happened and the RPT stages in Armenia and Minsk have been canceled one after another since April. And only in September the series managed to comeback, though only temporarily and online.

And in 2021, the very first planned RPT in Minsk took place in the already traditional place – the Opera casino on the basis of the Beijing Hotel. You can see how the casino and gaming hall looks like in the welcome video.

Without compliance with sanitary standards, no offline poker event will take place today. A certificate with a negative test for covid, of course, will not be asked at the entrance to the casino, but judging by the photo, the mask mode is mandatory for both employees and guests of the series. Rarely in the photo you can see a person without protection.

Minsk is an excellent gathering point for poker players from neighboring countries. When tournaments are held within the walls of a casino, 13% tax on winnings is not withheld and this attracts not only Minsk residents, but also players from other countries. More than once we saw the French, Lithuanians and other Europeans among the participants. A separate category includes players from Turkey, Cyprus and Israel, who often arrive in whole groups, mainly to play cash.

This time the Russian Poker Tour series supported by VBET will run until February 14th. The schedule consists of 16 events, 11 of them are knockouts. Buy-ins from $ 120 to $ 1100, there are no guarantees, for obvious reasons. The main event follows the already tried and tested scheme – $ 175 for a stack of 20,000 in any of the three starting flights, and $ 720 for a stack five times more in any of the three Day 2.

We can say that the players are missing the RPT tournaments – the turnout is solid, the prize money is appropriate. Let’s go over the most significant events that have already found their winners.

Progressive Knockout Championship – a two-day tournament with three starting flights for $ 90 + 80. It had 264 entrances, after which it became clear that there were a lot of people. The winner was a regular from Minsk Sergey Narozhny, a prize of $ 2750 excluding knockouts.

Superstack Event – a three-day tournament with two starting flights without knockouts with levels of 20-35-40 minutes. The entrance on the first day cost $ 190, and on the second combined – $ 490, the starting stack was given 5 times more. A total of 119 entries were collected, about half of which were more expensive. The RPT Champion Cup was taken by Valery Fokin from Brest ($ 7350). The final was played for almost eight hours, two of which went to heads-up with Anton Kotlyar.

Underpressure Knockout Is a proprietary multi-day RPT tournament that is played non-stop until the final table, which is then held under “heightened tension”. Simply put, the organizers try to entertain and distract the finalists. Over the long history of RPT, such finals have taken place in strip clubs and karaoke, or with the participation of dancers and fire shows. Sometimes the conditions were not very “sweet” – the final was held right in the parking lot, or even in the back room of the casino.

This time Underpressure with a buy-in of $ 230 + 100 took place with the final in a separate room, where smoke was generated on the table using special devices. The winner of this spectacular event was Russian Peter Rudnev ($ 3,750 excluding knockouts).

What’s going on at RPT now?

At the time of publication of the material, the seventh game day and 2 tournaments in parallel are in progress – the Main Event (1C) and the Progressive Superknockout Event (one-day knockout for $ 340 + 160 with levels of 30/40 minutes). Unfortunately, how many participants have collected the first two starting flights at the moment is unknown.

Closer to the end of the series, we will have live broadcasts. The organizers have scheduled two broadcasts on Saturday and Sunday. The exact start time will be announced later.

In the RPT partner room, 74 tickets were drawn in online satellites, including 15 packages with hotel accommodation and flight.