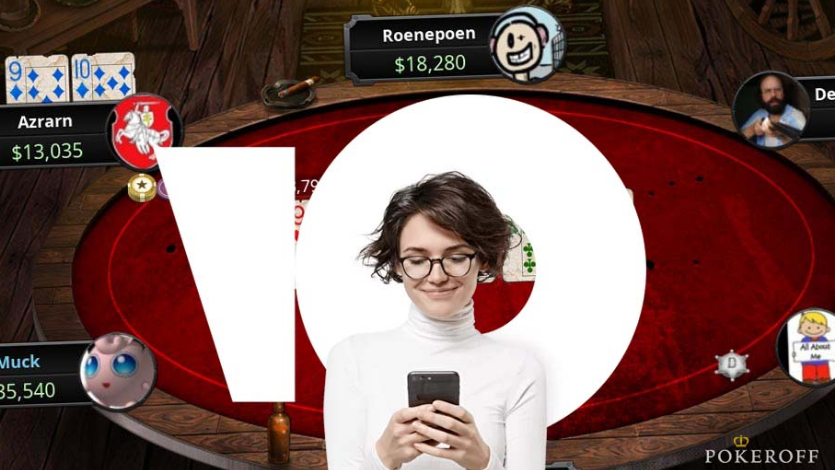 Yandex.Money payment system disappeared in all major poker rooms, which are in the process of rebranding into YooMoney (YuMoney). Let’s try to figure out what has been happening with payments in online poker in recent months.

Why are deposits to poker rooms with YuMoney temporarily prohibited?

On January 12, 2021, the YuMoney service limited the transactions of individuals with non-resident companies for six months. This happened due to a check from the Central Bank of the Russian Federation and at the end of 2020, after which a prescription was published. All companies registered outside the Russian Federation fall under “non-residents” – all “gray” (not having a local license) online casinos and poker rooms. Now users will not be able to make a deposit or receive their winnings on Yandex for at least six months.

The Pokeroff editorial team has checked the cash desks in all major poker rooms. Yandex Money was either absent or not working: at GGPOKEROK, at PokerStars, at 888poker, partypoker and Pokerdom. It is not known whether Yandex Money payment system will return to poker rooms by July 12, 2021.

A representative of YuMoney confirmed the authenticity of the letter that the service sent to partners:

In pursuance of this instruction, we suspend the implementation of transfers from individuals and / or the crediting of funds in favor of individuals under an agreement concluded between our companies – This will happen during the current day Moscow time.

The YuMoney service has been 100% owned by Sberbank since the summer of 2020 and is the former Yandex Money. In October 2020, when the company was rebranding, Pokeroff reported on the problems of many users with deposits to poker rooms through YuMoney.

At the time of publication, the YuMoney service and card can still be fully used for local payments on the territory of the Russian Federation – to pay for products, housing services, traffic police fines, and so on. By the way, due to the ban on cross-border payments by YuMoney, computer games like Valorant, League of Legends, Dota 2, CS: GO and others have suffered – according to reports from the network, their users are also unable to make in-game payments.

What kind of check from the Central Bank of the Russian Federation?

Over the past couple of months, the banking regulator has been actively “cleaning up” the ranks of companies that have made suspicious payments (including gambling). The order to ban cross-border transfers in December 2020 received a half-year Qiwi Bank, and with a fine of 11 million rubles in excess. And other banks have lost their licenses altogether – for example, Onego and Fintech. Almost at the official level, the reason for this was the service of illegal online casinos and gray bookmakers that are not connected to CUPIS.

Despite the fact that YuMoney belongs to Sber and did not receive a fine like Qiwi, experts believe that the Central Bank has applied much stricter restrictions to the service. In the near future, the management of the YuMoney service will surely try to negotiate with the regulator in order to carry out foreign payments at least in favor of verified legal entities.

Where is the Russian gambling market going?

As usual, in the direction of tightening the nuts. The state is trying to take control of the cash flows that now go to the benefit of illegal gambling operators. For example, many banks in the Russian Federation have stopped making payments using the MCC code of gambling 7995, foreign payment systems like Skrill or Neteller have not been sending prepaid cards to the Russian Federation for a couple of years now, now Qiwi with YuMoney have been distributed.

In addition, in December 2020, the State Duma passed a bill with lightning speed that would potentially transform the gambling market and financial institutions serving it. In Russia, it is planned to create a unified regulator of gambling, the first “victims” of which will be bookmakers.

How bookmakers work now: they connect to the CUPIS system and pay sports federations 5% of their income (at least 15 million rubles per quarter).

How bookmakers will work: they will be connected to a single payment (there is a possibility that it will be Qiwi) and will keep a record of all user rates from which they will be charged 1,5% on the development of sports. The quarterly minimum will rise to 30 million rubles. In addition, each bookmaker will have to invest an amount of 30 million rubles or more in the “compensation fund”, which will be used to ensure financial obligations to the players in case of emergency situations.

Historically, by the example of the bookmaker business, we can assume by what vector the legalization of online poker in the Russian Federation can occur. So far, everything is not rosy, since representatives of all bookmakers have negatively responded to the idea of ​​retaining 1.5% from each bet.

Subscribe to @pokeroffru in the telegram, where you will find even more news about the poker industry not only in the Russian Federation, but also in other countries.