Will the 2021 World Series of Poker be online or offline? 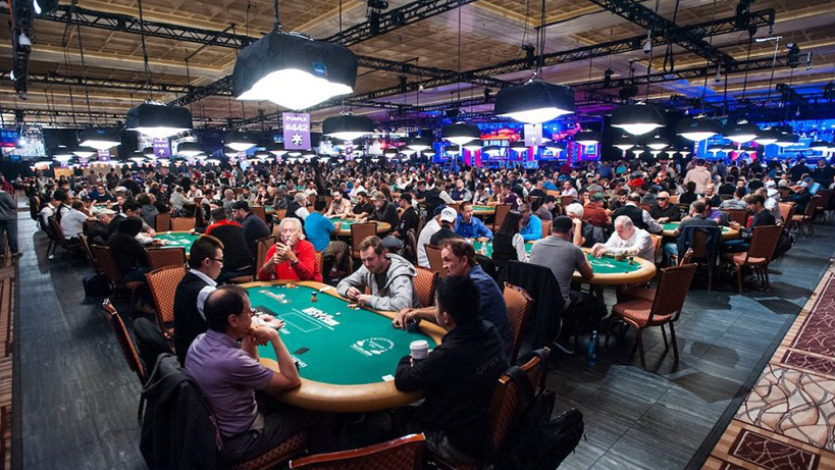 Thinking back to the crazy WSOP 2020 and putting forward the pros and cons of hosting the 2021 World Series of Poker in Vegas.

The past year has been insane for the entire planet and for the World Series of Poker. The organizers delayed the cancellation of the series to the last. It was even postponed until October, but the World Series was not destined to fit poker fans from all over the world under the roof of the RIO casino.

“If the mountain does not go to Magomed, then Magomed goes to the mountain,” the organizers thought and transferred the episode to the Internet. A reasonable move. There were many cool stories, how Belarusian Roma Afanasenko brought a bracelet to the WSOP.com, how Ryan DePaulo brought a tournament in the parking lot, how Ron McMillen won a bracelet in a hotel room at the age of 70. And, of course, how Stoyan Madanzhiev brought the Main Event, even though he could not play according to his bankroll.

But it still wasn’t it. Limit games were bypassed, which caused the outrage of fans. And watching all the events on the Internet is many times more boring than directly from the scene through the posts of players in social networks, photos, broadcasts and video blogs.

In November, the organizers made a feint with their ears, saying that the Main Event in the summer was not like that – here’s a new hybrid. You play online, then you go offline or to Rozvadov, or to Rio. The players did not really understand what it was, especially the ME champion Stoyan Madanzhiev. In any case, Damian Salas won, although he was very dissatisfied with the organization of the series. Salas was canceled several times. And the road to Vegas took significantly longer than originally planned.

Now poker fans are wondering: Will the WSOP 2021 be the same as before? Or will we all meet again at virtual tables?

Arguments against hosting the 2021 WSOP in Vegas

The main argument “against” – the world has not recovered after the lockdown. There are still restrictions on movement between countries and mask modes.

One indirect argument “against” – the WSOP Circuit Series will run online throughout 2021. The schedule of the series was announced, and the tournaments for the next two series were announced. If there is not a word about the offline WSOP Circuit, then you can forget about the usual live WSOP series.

One main argument for hosting the WSOP in Vegas

The question is: will it be the same as before? The world of gambling has adjusted to modern standards: sanitizers, distance, plexiglass fences. As a result, Hollywood hosted the $ 3,500 WPT Lucky Hearts Poker Open Main Event with 843 entries.

In theory, the WSOP could take place live. If the organizers of the WPT managed to gather a tournament for almost 1000 people, then the organizers of the World Series will definitely succeed. And in principle, many WSOP events fit into the framework of such attendance without problems. Most tournaments for $ 10,000 (about 16 events out of 90) are played by 100 – 200 people. Tournaments with a buy-in of $ 1,500 for limit games (about 12 events out of 90) in 1000 registrations also fit, as well as part of the events for NLHE.

But what about the most popular tournaments like the $ 2,620 Marathon, $ 1,000 One Drop, $ 1,500 Million Maker and of course the $ 10,000 Main Event? Obviously, the observance of sanitary standards in living kiloplans is a huge problem. Perhaps if you revise the schedule, add more $ 10K tournaments, remove events with very democratic buy-ins, and, God forgive me, run hybrid tournaments, then the WSOP has every chance of going offline.

Analysts somehow connect the possibility of holding the WSOP with the new President Biden and the passing of the billionaire, one of the largest donors of the Republican Party, Sheldon Adelson (note: Trump is also a Republican). But these events will not affect the live WSOP. Adelson lobbied for his interests in the field of live casinos and insisted on a ban on online gambling while Trump was at the helm. The rise to power of Joe Biden and the death of Adelson promises the development of online poker, but will not affect offline in any way.

In an interview with the charming Maria Lavrentieva at SPF Sochi, Anatoly Zyrin expressed his point of view on offline in 2021:

“It seems to me that there will be no offline WSOP in Las Vegas. In the summer, at least for sure. Therefore, most likely, everything will be the same as last year: they will cancel. ”

It might be a good idea to host the WSOP series in a hybrid format. Bring back the $ 10,000 and Limit tournaments to RIO and play the most popular events, including the Main Event, online? What do you think? Will the 2021 WSOP in Vegas take place or not? Share your opinion in the comments and join the discussion in the chat on Telegram.